All new heroes can be acquired via the new 7DS x KOF ‘98 Pick Up Draw Banner.

Defeat the new Final Boss to have a chance to get the SSE Costume set for your Omega Rogal!

A lof of other rewards are also available in the event: Part 1 Guaranteed SSR Ticket, Limit Break materials, etc. 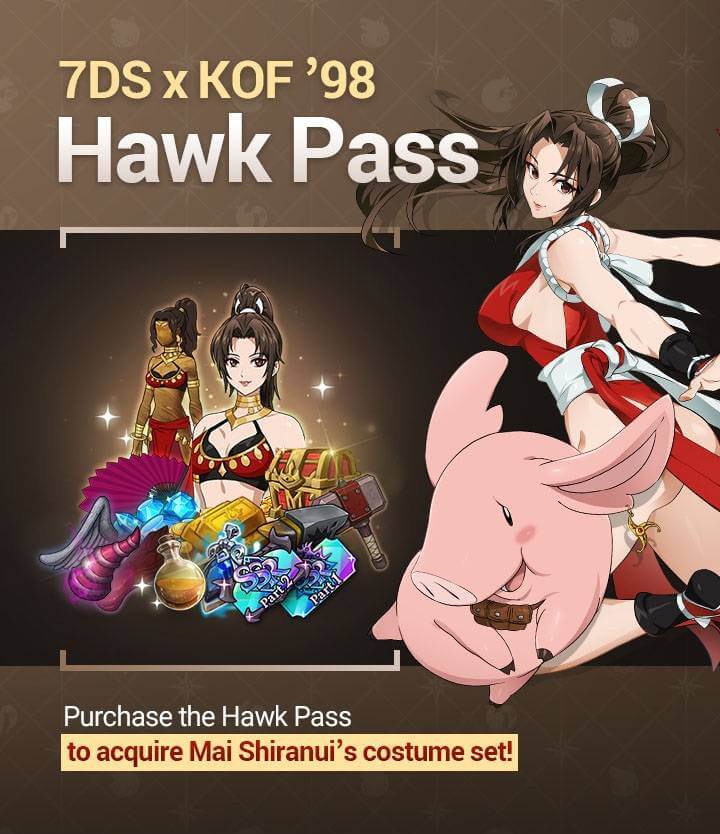