Are you new to the game or looking for a The Seven Deadly Sins: Grand Cross Beginner’s Guide? Let me help you! 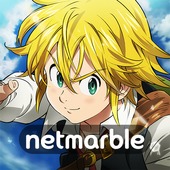 This mobile game is based on a very popular anime TV Show, The Seven Deadly Sins (Yes, it’s on Netflix!). The game follows the storyline of the anime perfectly. Players can even watch plenty of cutscenes from the anime. There are a ton of interesting stories for you to follow if you prefer to understand the game clearly. 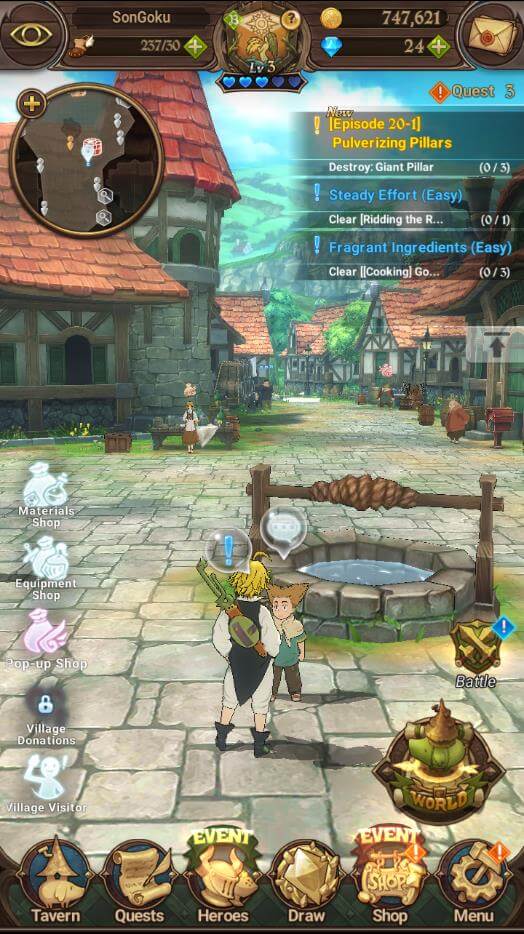 Similar to other turn-based mobile games, the battles in the game have 2 teams going against the other.

Each team has 4 main heroes (characters) and 4 support heroes. Each support Hero helps strengthen stats of a specific main Hero in the team.

Once the battle started, the first 3 main heroes will join the battle first. If any of the main Heroes die, the 4th one will take the place.

Players cannot use more the same Hero twice in a team. 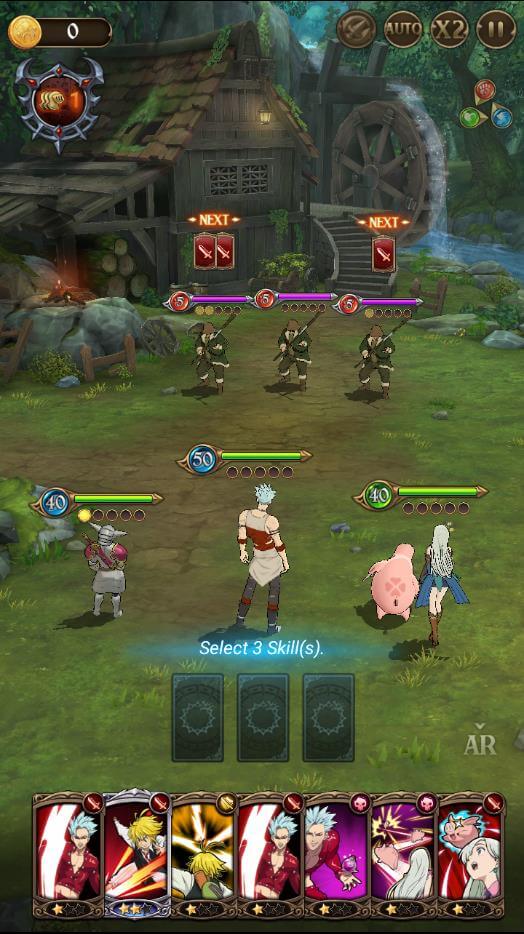 During the battle, players will be given 7 random cards. Each card represents a skill/ability of the Hero. Each hero has 3 skills/abilities in total. This means the card pool can be 9 at max.

On your turn, the number of actions = the alive heroes:

For example, If you have only 2 Heroes left, you can pick only 2 cards every turn.

Each card in TSDS:GC has 3 ranks, which can be easily noticed by the number of stars on the card.

Having 2 cards of the same rank placed next to each other will combine them into a higher-rank card. Players can either drag-and-drop cards to change their positions or play/pull a card of the deck to make 2 cards stay close to each other.

Getting the card to higher rank increases the power of the card by a lot and sometimes add new additional powerful effects.

Whenever you have a card ranked up, that specific Hero will gain 1 point to his/her ultimate skill gauge. Once the gauge is filled up, an ultimate skill card of that hero will show up in the next turn. 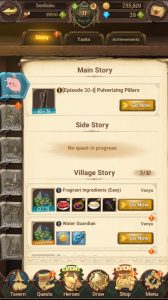 Doing quests is one of the great ways to strengthen your characters in The Seven Deadly Sins: Grand Cross. And also, you can understand the game storyline much easier.

There are 5 kinds of quests:

Card Draw is the most common way to unlock new Heroes in The Seven Deadly Sins: Grand Cross.

Players purchase for new draws using Gems, a currency unit in the game. Otherwise, players can pull out Heroes using draw tickets, which can be obtained from various events and quests.

Sometimes, there are events that increase the drop-rate of some specific Heroes. This usually happens when a new hero is released, or during a special event like Christmas or Thanksgiving.

1 Draw costs 3 Gems. However, players can spend 30 Gems to get 11 Pulls so it’s always recommended to save up to 30 Gems before you actually draw cards.

Every day, players can get 1 pull for free by viewing ads.

If you unlock a Hero, which was already unlocked before, the new one will automatically be converted into Hero Coin, a currency of the game which is used in the Coin Shop. Hero coin can be also used to enhance the Hero Ultimate.

What is The Seven Deadly Sins: Grand Cross Release Date?

The game is first launched in Korea and Japan. After a huge success in these two markets, Netmarble finally brings the game to a Global Launch in March 2020. 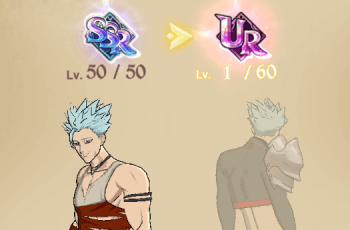