Are you finding it hard to defeat the Death Match Ifrit from the new special TenSura event in The Seven Deadly Sins: Grand Cross? This guide will help you out!

The biggest problems when dealing with Ifrit are his shield, burn and HP. 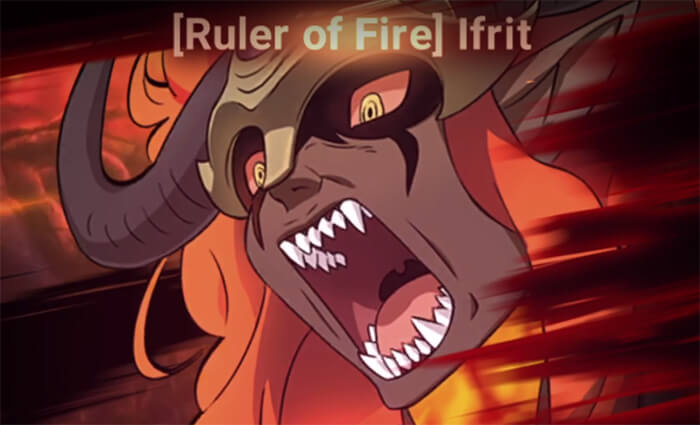 The strategy to defeat Ifrit is very simple, it’s to use the Solidify buffs from Blue Elizebeth & Hawk to tank the damage easily. It’s perfect if you and your partner both bring Blue Elihawk to maximize the tankiness and damage.

Use Blue Elihawk’s Digest skill to increase the Resistance or the Tankiness of the team.

There is a perfect synergy between Blue Elihawk Solidify + Attack & Arthur’s Buff and Green.

She also got an attack skill, which deals more damage based on the number of buffs she has on herself. This is where the Arthur’s buff becomes very helpful and better than the Gilthunder’s buff. 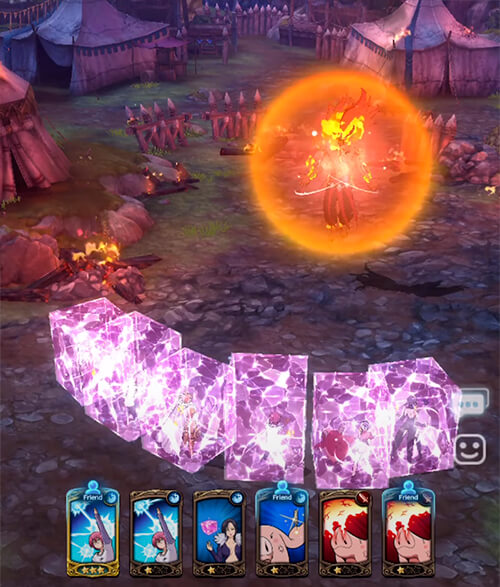 You might be wondering: But how much damage is enough?

If both Elihawk can get to 11k+ attack, you can easily take down Ifrit using Arthur buff, 2 Solidify buffs, and 1 Merlin’s box. This is basically the ideal set up you want to have.

Try to get to 100k+ HP to survive and get the achievement of not dying.

Using this team, you don’t need to use the Immunity food.

The Ultimate Move Levels do not matter much here.

This team can defeat the boss with ease while all of the hero Ultimates are still at level 1.

You almost always don’t have the opportunity to cast your Ultimates as the boss removes your Ultimate Gauges.

Awakening as much as you can, of course.

Try to get your Blue Elizabeth & Hawk to 6 stars as she is not only useful in this specific game mode but also in all other Death Matches.

This doesn’t matter too much here.

Just try to have your Attack above 11k and your HP above 100k and you will be time.

Blue Elizabeth & Hawk doesn’ have to have 100k+ HP but can still be super tanky due to here Solidify and the Arthur’s buffs.

Yes you have heard it right. This is the Red Jericho, but the Green Jericho, so… she is still very cute.

If you don’t have the Blue Elihawk, Red Jericho is a great choice for all F2P players.

It’s very cheap to build her up. And you also will want to use her to deal with the Crimson Demon.

She also has one of the best unique skills for Red units, providing 10% more attack-related stats.

Rimuru is another great choice if you have her although I wouldn’t recommend spending Diamonds on getting her.

You want to put good Gears on her by the way.

We finally have a great game mode for her! Thanks to her Rupture ability.

If you like her and have some SSR Pendants to spare, she is a good one to go. You can always use her as the association for your Blue King.

But, SR Red Jericho is SR hero and is much cheaper to max out. So I would never recommend using Diane unless you have a reason for yourself. 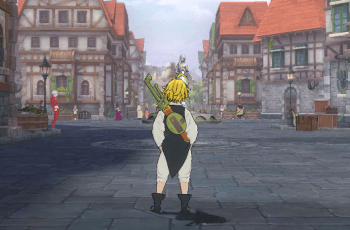 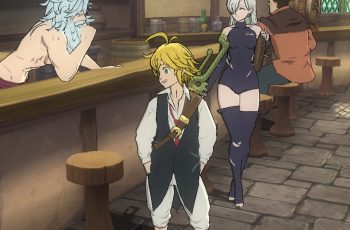 “Rimuru is another great choice if you have her although I wouldn’t recommend spending Diamonds on getting her.

You want to put good Gears on her by the way.”

Rimuru is genderless, with a human male’s mind.

It’s so satisfying to see those buff stack up like legos, so ideal!

Yup lol. One of the best things to see so far!